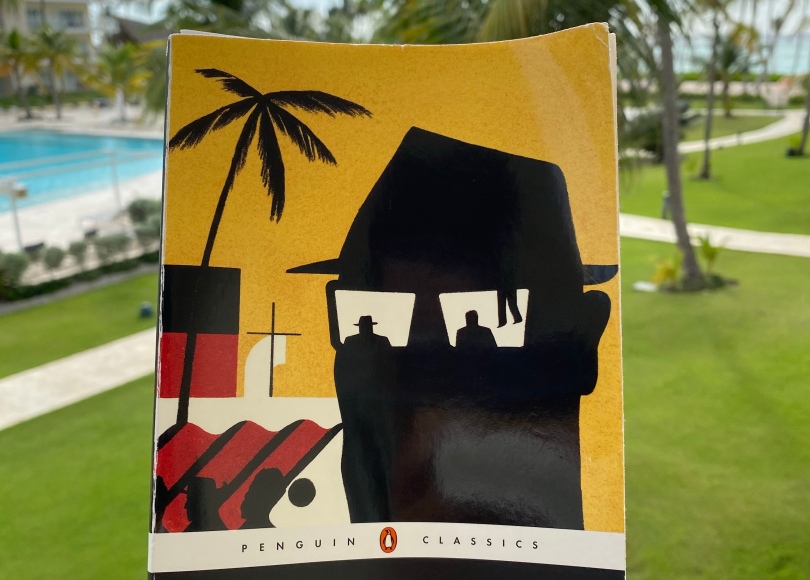 I finished “The Comedians” by Graham Greene and I have so many thoughts about it, Haiti, and the always problematic government.

The story takes place in Port-au-Prince, Haiti during the dictatorship of Francois ‘Papa Doc’ Duvalier. The main character, Mr. Brown, is surrounded by a few nonconformists as he runs the hotel he inherited from his mother. He also returns to Haiti from London to rekindle an affair with the wife of the Uruguayan ambassador.

The story certainly provides an interesting plot about these almost faceless characters, but it’s the backdrop of political instability under a dictator that is more deserving of attention.

I found reading this now very interesting because of the current political climate Haiti is facing. There is not much hope or faith in the government. There is a ton of political finger pointing, leaving the Haitian people to suffer the worst conditions. The problem, in my opinion, then and now is the male ego. No one wants to admit they have no idea how to run a country, but they would rather ruin the potential than leave a political station.

The biggest takeaway for me was how direct the feelings of panic, fear, and instability can effect populations. We are seeing this now with the current fears of the #coronavirus and how significantly different economic sectors are affected. The Haitian people absolutely had the right to be fearful. Papa Doc was a monstrous, selfish wannabe leader (he didn’t know how to lead) who killed anyone he thought could overtake him and his militia, which was just about anyone. His personal police, the Tonton Macoutes, carried out all of his attacks and reeked havoc across the country. Journalists, artists, and many others fled the country in droves fearing for their lives.

In the book, Greene describes certain parts of Haiti as a ghost town. He didn’t have any guests in his hotel aside from Mr and Mrs Smith, who were in Haiti to promote vegetarianism. Mr Smith, Graham writes, was a former US presidential candidate and it is his connections that help Brown and crew during some dicey periods.

If you’re interested in history, specifically Caribbean history, this is a good book to read. I found it difficult only because of the style of writing, but after twenty pages, you get used to it.

Hey All! I picked up the novella "Nothing But Blackened Teeth" by Cassandra Khaw a few days ago. I ended up finishing the book in a day, and I'm in my #horror-fandom feelings.
Hey Book Friends.
Hey All 👋🏽
"Confessions of a Shopaholic" author Sophie Kinsella is the queen of the bubbly, rom-com story genre. When you pick up any one of her books, you already have an idea of how the story will develop, but it's still enjoyable. I recently finished Kinsella's "I Owe You One," which sticks to her general template.
Good Morning ☀️
Hey folks 📚
Follow on WordPress.com