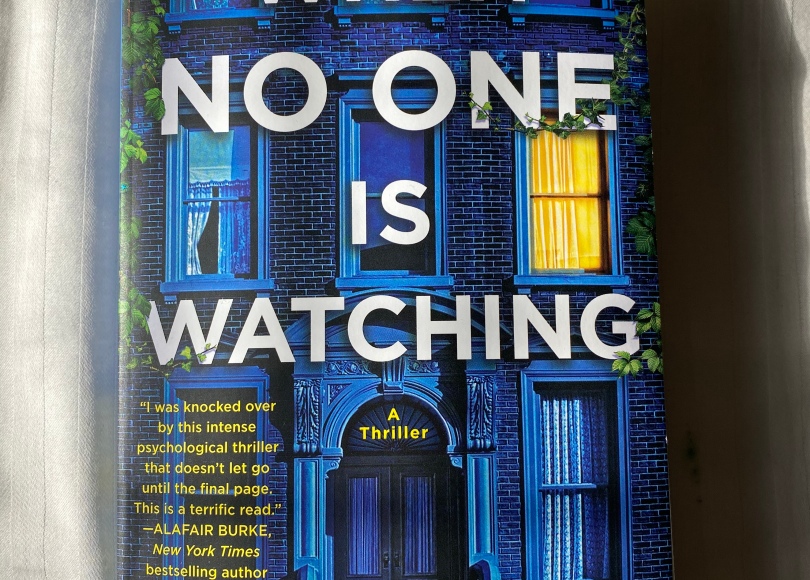 Alyssa Cole’s “When No One Is Watching” is brilliant. The themes about race, gentrification, history, and more, are peeled back like an exploding onion. It left me wanting more. As a horror & thriller film fan, I admit that this book was just as eerie as watching the screen.

Synopsis: Sydney Green, a Brooklyn native, returns home from Seattle after a bitter divorce. However, what was once familiar is no longer. The neighborhood is changing along with the demographic of current inhabitants. Gentrification is changing the once tight-knit community into a foreign space. Sydney and her new neighbor, Theo, develop a ‘thing’ when he volunteers to help her with a project: a walking tour that dives deep into their Brooklyn enclave history. However, this tour doesn’t ignore Black & Brown historical figures and city dwellers’ contributions and sufferings like other tours. But as she dives into researching information, things become murky, then paranoia sets in, and finally fear. The two realize that the changing neighborhood is more than a cyclical movement of people but a sinister project that involves some big hitters.

I think Cole captured the undertones of racist behaviors very well. The author also did a phenomenal job of using language to describe the interactions. For example, when the new neighbors (White) refer to former locals (Black) as “them.” It’s subtle.

This book was creepy as hell and fun. It also makes you think about people in your neighborhood and how our communities change over time. I am also thinking about the mental health side of this read and how paranoia leaks in like water. “Is it me, or was that racist?”